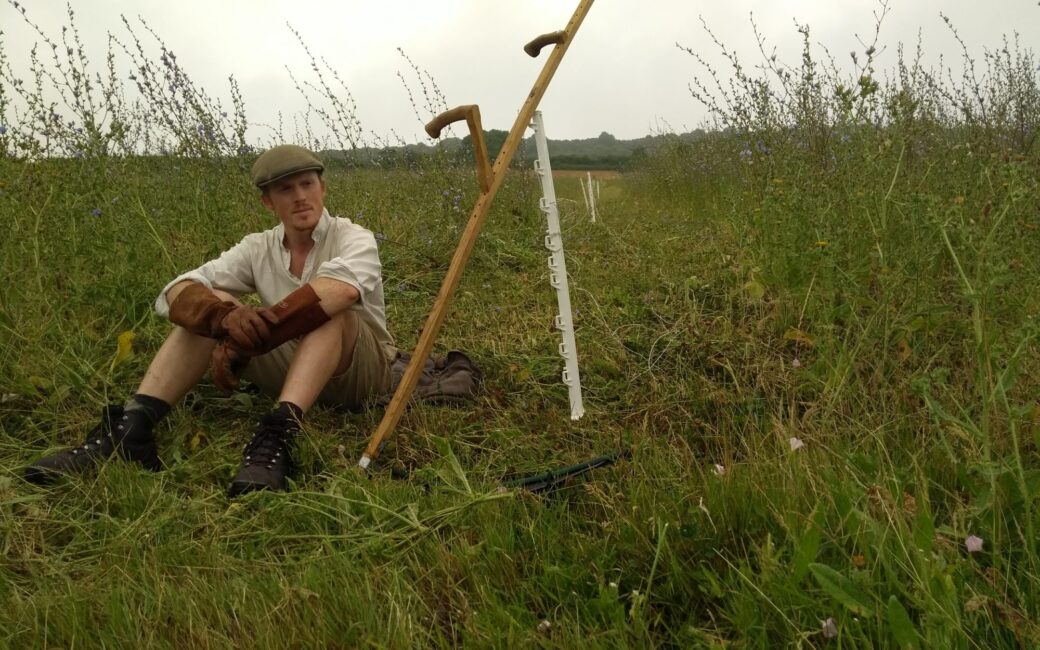 Organic farms are sometimes seen as trying to hold back the inexorable march of progress. People may perceive them as, at best, romantic traditionalism and, at worst, luddites clinging to obsolete practices. However, as society has grown more aware of some of the consequences of industrial agriculture, many of the traditional practices that were lovingly sustained by organic pioneers are being rediscovered by agriculture as a whole. Timeless lessons are being looked at anew and used to address issues of water pollution, food security, nutrition, soil degradation and erosion, flooding and nature conservation.

I would not argue that organic methods are the only way to farm. Indeed, ancient civilisations were perfectly capable of overgrazing, deforesting and over-ploughing, damaging the soil to the point of disaster. And this was long before tractors, pesticides and artificial fertilisers brought other unintended consequences. Technology is promethean fire from the gods: it comes with benefits and with costs. The trick is to strike a balance between these. It’s all very well producing record yields this year and maybe for the next few years, but will you still be able to grow crops in the soil you are using in 50 years’ time as well? For me technological progress presents the opportunity to pick and choose the tools that best suit the job. For some jobs the most complex, modern or expensive machine is the best but for others a simpler tool will do the job not only more cost-effectively but often better and at the same time may offer me greater satisfaction in the work.

Take the scythe, used to cut hay and harvest corn. It was replaced in the late 19th century by the finger bar mower, drawn first by horses and later by tractor. We have three scythes on the farm which we use but we wouldn’t dream of trying to cut a year’s worth of hay with one. Nor would we replace our modest combine harvester with scythes and flails. We use a scythe to clear nettles and brambles from around gates, long grass from establishing hedges, charlock from green manures growing to support next year’s vegetables, and to clear paths beneath a newly strung electric fence so the grass does not ‘earth it’. This last is my favourite use. There is a delicious sense of irony when one uses a simple piece of steel on a wooden handle to help erect a fence made from space-age materials and powered by a solar panel and sophisticated circuitry – a fence that would have been impossible to make until recently. We do not do it for the satisfaction of that anachronistic combination but because it works. The scythe is arguably the best tool for the job. Mine is a razor-sharp piece of carbon steel forged in Austria; it is exceptionally light compared with the scythes that were used historically in England and is more ergonomically designed so I can stand (rather than stoop) to cut semicircles around myself. If I used a strimmer, the obvious modern equivalent, I would have to wear stifling clothing and use ear protection (or be deafened). I would be splattered with greenery and peppered with stones. The strimmer would cost more to run, it would disturb the grazing sheep and ruin the tranquillity that walkers and wildlife value on our farm, and it wouldn’t even be faster. I would be working in the smell of burning two-stroke oil instead of the smell of honeysuckle and roses. When the sheep are close to the village, the neighbours might not appreciate having an 80-decibel engine hammering away while they’re enjoying a nap in the garden. The loudest sound while I scythe is the hiss of the steel as it slides through the culms of the grass – unless I’m tired, when perhaps my grunting may be louder. I can hear the larks as they rise and the bees as they work the flowers nearby. The tractor and flail mower could cut a path in minutes but it’s lumbering bulk would compact the soil and cut a ribbon three metres wide instead of the slender path I need. It might even take longer to get the machine onto the tractor and greased up than it would to do the job. One shouldn’t use sledgehammers to crack nuts, and not just because you’d go broke if you always did so. Scything is definitely hard work, which could be a discouragement, but many people spend money and time on gym memberships. I’d much rather spend some time quietly mowing my swath to develop a suitably Poldark physique.

Scythes are having something of a renaissance, on modern holdings as well as in period dramas. People are discovering the more refined scythes that are every bit as modern as the strimmer I scorn and we know of some very skilled individuals who cut all their hay that way or can hands-down beat someone with a strimmer in a mowing competition (The Scythe Fair, if you want to see for yourself ).

I’m sure people passing through our village who see me walking along with my scythe may think it quaint and rustic. They won’t know that it is a carefully chosen tool which makes the best use of money and time, or that I am using it as part of a modern system using cutting-edge solar powered mobile electric fencing, managing the grazing in keeping with the most up-to-date theories on grass productivity and ruminant behaviour. But you’ll know.